Why the Metaverse Needs to Augment Reality—Not Replace It 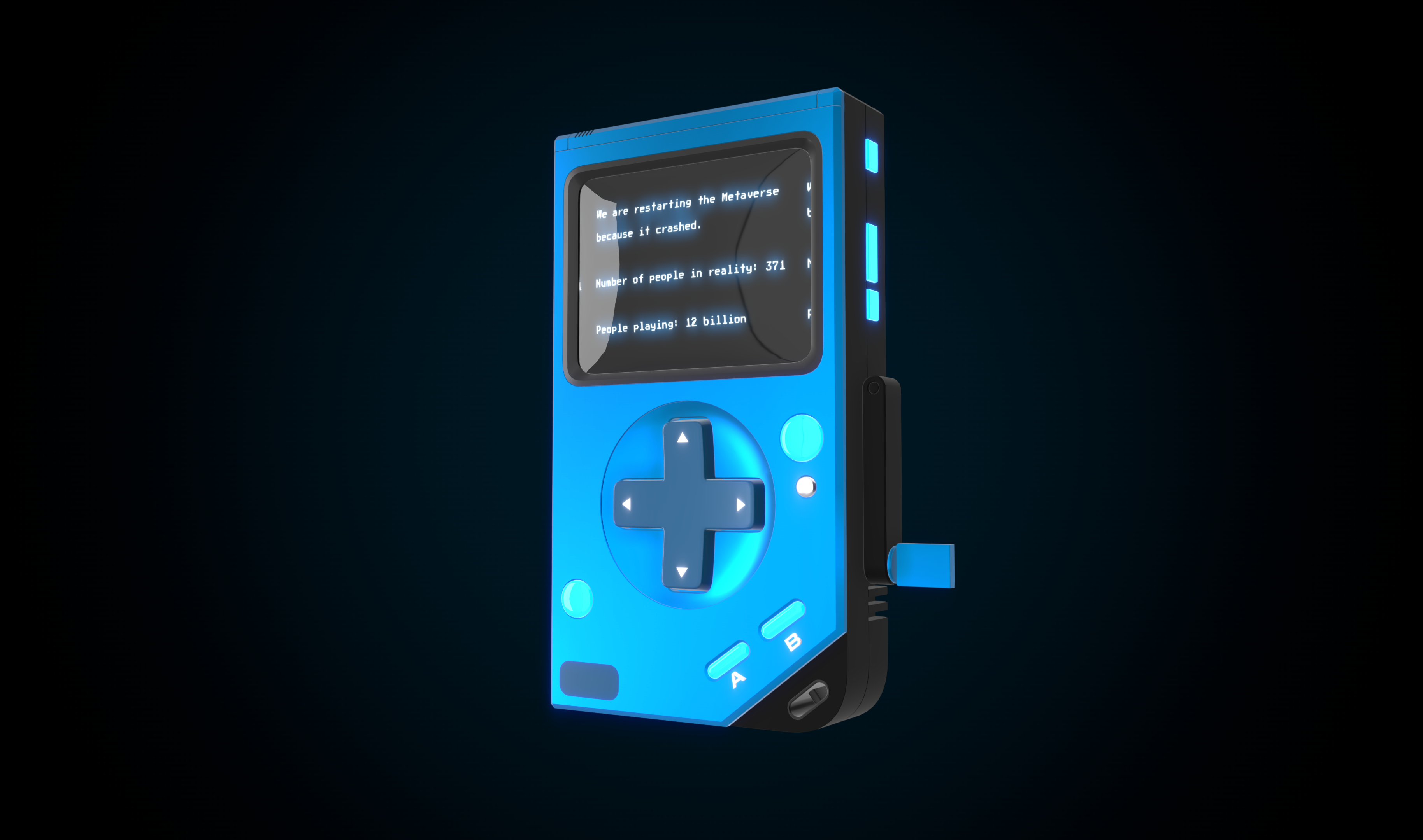 What can dead alien Metaverses teach us about our own, and how can humanity build a good one.

The galaxy, not the candy.

It's home to up to 400 billion stars. To our knowledge, only one of them features a planet that's teeming with life. Where's everybody else? Shouldn't there be tens of thousands of alien civilizations?

This is called the Fermi paradox, and it has many possible solutions.

Besides the simple ones, from nuclear war to an unlucky asteroid hit, there are exotic ways to explain the paradox. Perhaps our galaxy is like a dark forest, with stealth alien civilizations hunting each other with interstellar spears, while silently expanding outwards.

Maybe it's in the nature of intelligent life to expand inwards.

Is the Galaxy a Graveyard of Alien Metaverses?

In the last century, we went from cathode rays to quantum dots, from vacuum tubes to silicon chips, from copper wires to hyperopic fibers. From programming with physical punch cards to having AI coding assistants.

In the last century, we've went a long way, us silly humans, with our shiny tools and goofy trinkets.

It seems that this explosion of tech is leading to the same place from many directions. From augmented reality to artificial intelligence, all emerging technologies seem to be meeting at a single point: the Metaverse.

All roads lead to a digital Rome.

Does all technological progress lead to the Metaverse on a galactic scale? If relentless technological advancement is what intelligent civilizations always do, is it reasonable to assume they all inevitably create alien Metaverses?

And if they do... where are they? Could this be the solution to the Fermi paradox?

Is our galaxy filled with countless technological tombs, long devoid of life as their creators got lost in an alternate reality of ones and zeroes? What happens when there's nobody left outside to tend to the machines?

Is the fate of all life to create digital universes—and then perish within them?

Are We Going to Get Fermie'd, Too?

It's unclear if humanity building a Metaverse equals our slow decline or even ultimate extinction, but the data we've got so far might give us a clue.

That's close to seven hours each day. The average person is awake for around 16 hours per day, meaning that humanity is spending close to half of our waking time in the primordial version of the Metaverse: the Internet.

This trend is likely to continue until all of our time is spent online. In the next decade, the Internet will go from the smartphones in our pockets to smart glasses on our faces. In thirty, maybe forty years, it will go directly to our brains, via neural laces—making the Metaverse indistinguishable from reality.

In 8 years, the Metaverse will be already worth over $5 trillion. If there's money to be made, humanity is pretty darn good at figuring stuff out, making the Metaverse inevitable.

For all its faults, the human species is currently the best bet life and thought have for spreading throughout the Galaxy. With some luck, we'll be able to overcome our tribal nature and venture onto the stars—shepherding, spreading, and protecting Earth-based life along the way.

We are a race of explorers, adventurers, and wanderers, and it'd be tragic if our story ended in a slow decay into digital realms.

Why would anyone want to explore the Universe, if they can be a god-like being in their own?

That's where the Metaverse is ultimately heading, as computing power and AI meet brain-to-computer interfaces.

Will the future Metaverse lead to our decline, or even eventual demise?

A better question might be: can we do something about it?

How to Build a Good Metaverse

Let's start with a question—who's building the primordial Metaverse of today?

On one side, you've got corporations, from Meta to Nvidia.

Left to their own devices, these legacy organizations are going to build a nightmarish dystopia at best, with a few hundred trillionaires enjoying the real world, and billions of everybody else spending most of their time in fantasy worlds designed to pacify them.

At worst, a Metaverse built only by corporations might end our species.

On the other side, there's the new kids in the block: the Decentralands and Yuga Labs of the world, which are somewhere between startups and fully-formed DAOs.

At worst, blockchain-based organizations like this might give people a choice between corporate, sterile virtual worlds, and crypto-anarchist ones. At best, and with time, they might hammer down the final nails in coffin of corporate organizations of yore, forever changing dominant mode of capitalism towards one that optimizes not only for profit, but for purpose as well.

With this in mind, it's safe to say one thing: we should pressure corporations to evolve into DAOs—or wipe them from existence. We can simply vote with our wallets, buying products and services from corporations that do good, like adopting decentralized governance or open-sourcing their hardware, and ignoring those that do bad, like implementing annoying in-metaverse ads or user data monetization.

A couple of decades from now, a team of three neurosurgeons from across the world—one in Finland, one from Japan, and the third one from a tiny island in the Caribbean—could operate on a single person in Brazil.

The tech behind this goes from satelite Internet constellations like Starlink to enable low latency needed for remote surgery, to advanced AI, mixed reality, and robotics.

The nifty trick? All the surgeons are pseudo-anonymous, represented only by soulbound tokens carrying their past accomplishments, like education and employment history.

Soulbound tokens are the latest addition to the core blockchain concepts and technologies that also include NFTs, cryptocurrencies, and DAOs. In the coming decades, soulbound tokens might completely revolutionize society, from the way we work and places where we live, to how much we pollute and the ways we govern ourselves.

Crucially, they allow for completely decentralized identities connected to the real world, and open the possibility of avoiding the current authoritarian, monopolistic nature of web2 from taking over web3 as well.

If we want the Metaverse to be good, we need it to be as decentralized as possible—and as closely integrated with the real world as possible.

The very fabric of the Metaverse needs to be intertwined with the real world.

We're taking experimental, baby steps in this direction at Holoframe, with a simple web app that enables people to see and record their NFTs in augmented reality. There is profound value in placing digital objects in real, 3d space. In a way, it makes those objects more real—creating a bond between the realm of code, the realm of physics, and perhaps most importantly, the subjective, emotional realm that only lives in our thoughts, memories, and dreams.

Actions in the Metaverse can impact the real world in a direct way, like environmentally with carbon-credit backed NFTs pioneered by MyMetaverse, or culturally and socially like experiences hosted by Passage. It goes the other way as well, from apps like Stepn that help you translate physical activity into cryptocurrency, to projects like Forestcoin that enable you to earn crypto by planting trees. This trend of mixing virtual and real will continue, especially once mixed reality becomes ubiquitous: think about how easy it would be to use machine learning to both verify and help someone plant a tree, if they had a mixed reality headset on.

VR and AR hardware are already becoming one and the same; we can see mixed reality in action already, with Meta Quest Pro, and with Apple to soon follow. Mixed reality headsets, once as omnipresent as smartphones, will go through a cycle of miniaturization, from smart glasses to retinal lasers.

The synergy of mixed reality and blockchain might be the key to merging the Metaverse with the real world in every possible way, from social and cultural, to technological and practical.

Along the way to a feature-complete Metaverse, those of us that are building it, and those of us experiencing it, need to be mindful of it's potential downsides, from potent addictiveness to possible centralization of power. We can try everything from simply talking about it like in this article, to creating entire philosophical frameworks for the Metaverse.

In the far future, perhaps we'll find a good middle ground: maybe we can enjoy the Metaverse and colonize and explore the galaxy at the same time.

Why not spend a couple of months as a dragon-riding knight, while you're physically in a colossal spaceship racing at 50% the speed of light towards Alpha Centauri, with all your pets and plants on board—as well as tens of thousands of other humans?

Maybe we can bring the Metaverse with us, on our way to the stars.

The Web3 Journey: Is Reddit Working on a 3d Metaverse? 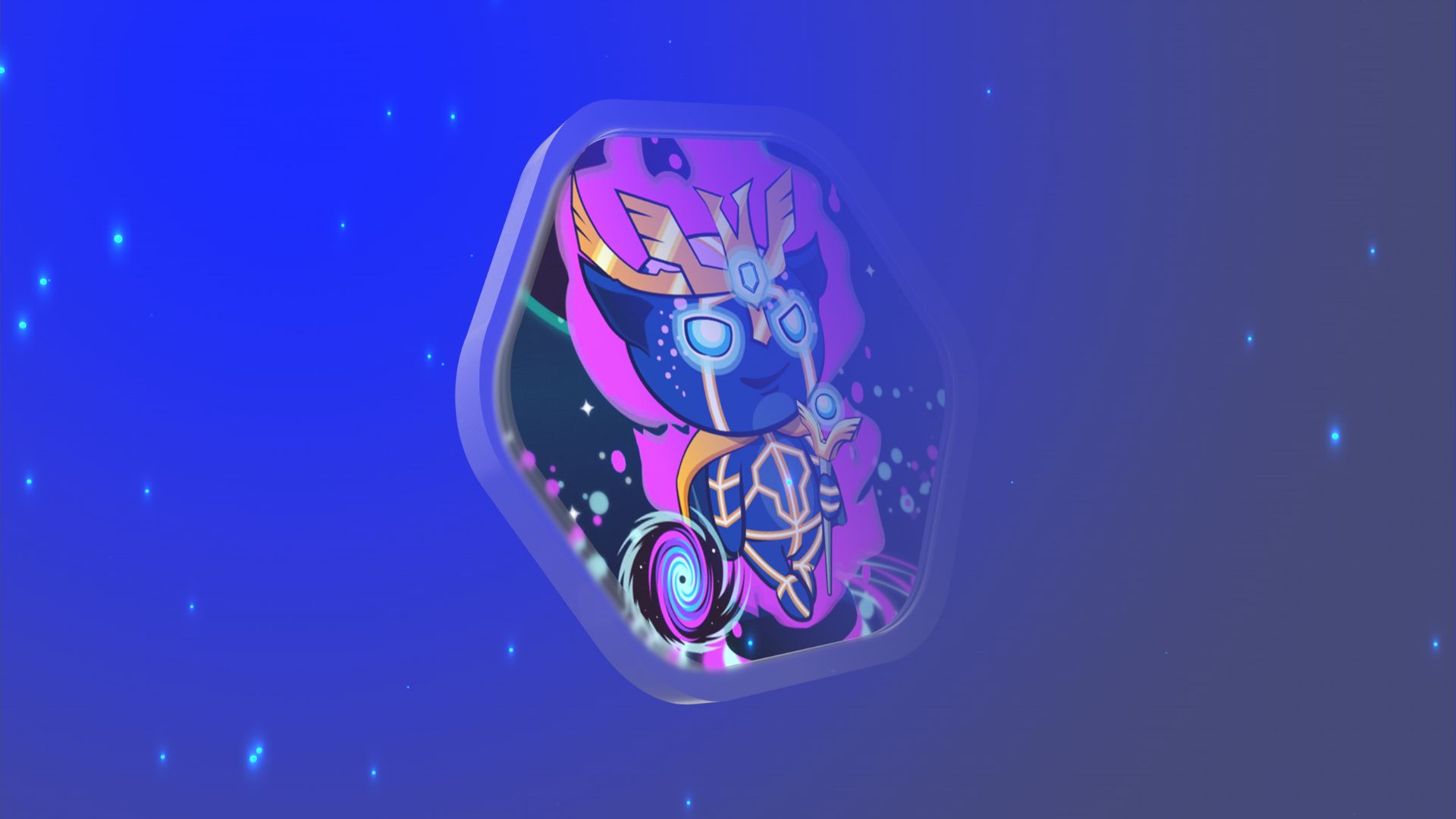 Stay updated with updates & stories from our team

Thank you! You're on the list 🤘
Oops! Something went wrong while submitting the form.
We will never share your info with third parties.
Copyright © 2022 Holoframe OÜ. All rights reserved.
Join the whitelist